Maya bazaar is a cult classic of Tollywood. It’s graphics, cinematography, direction, casting, acting what not everything is is next level stuff.

The movie is also made into color after decades and released in theaters and yet is is Blockbuster. So some facts about that movie now.

1. THE COSTLIEST MOVIE OF THAT ERA: 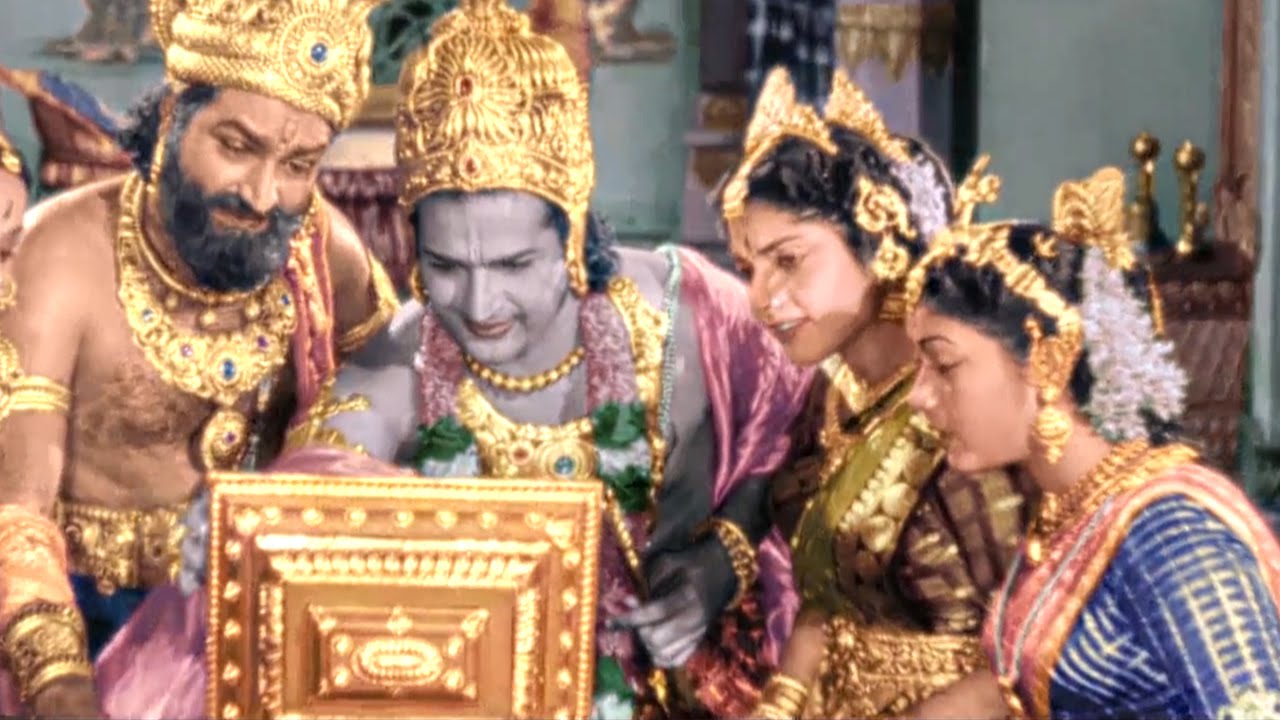 The film was made with an estimated budget of Rs. 2,00,000 back in 1957 and was made simultaneously in Telugu and Tamil. The Telugu version was released on 27 March 1957, and the Tamil version on on 12 April 1957. It was also dubbed into Kannada. It was the Costliest Movie of the Era and the first movie in India Cinema to be made in more than one language.

2. THE 5 HOURS OF EXTRAVAGANZA: 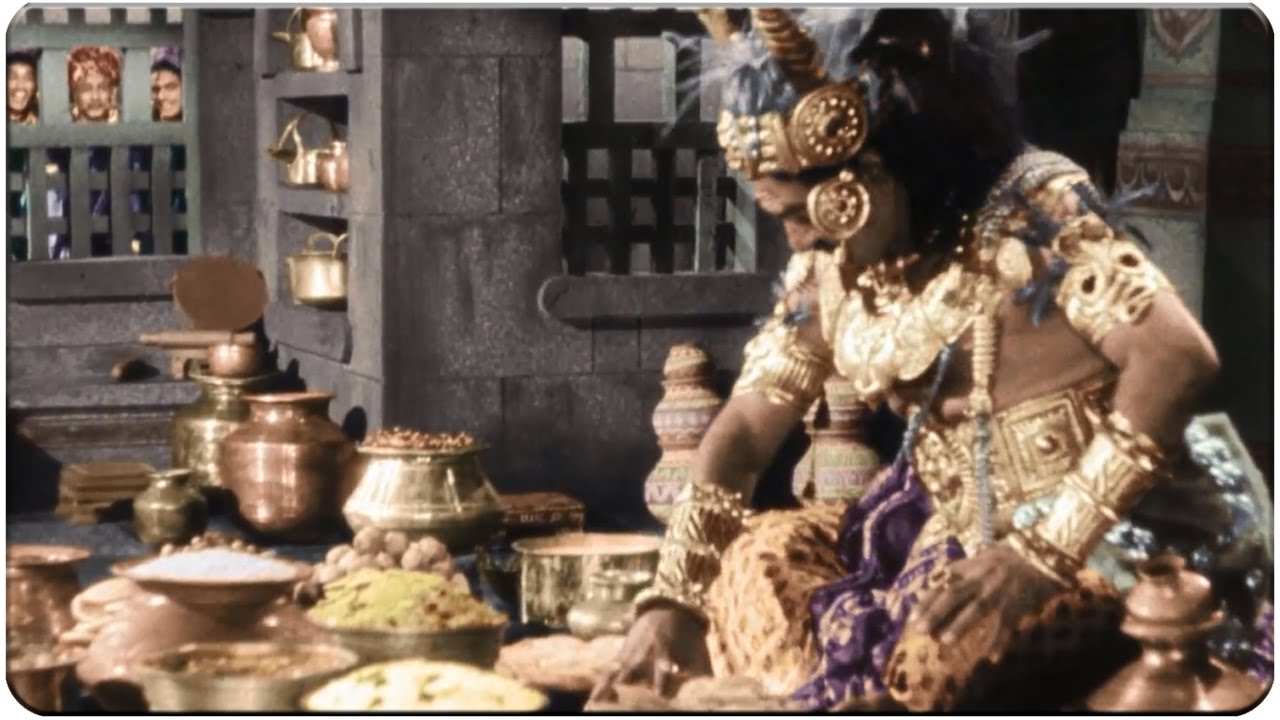 3. LEGENDARY MUSICIAN MR.GHANTASALA ADDED THE MAGIC WITH HIS TUNES:

Ghantasala composed the film’s music for this film and he was said to be so serious about the sound track that he made the lead singer Leela take 28 takes for one of the songs and was finalized the fifth take. 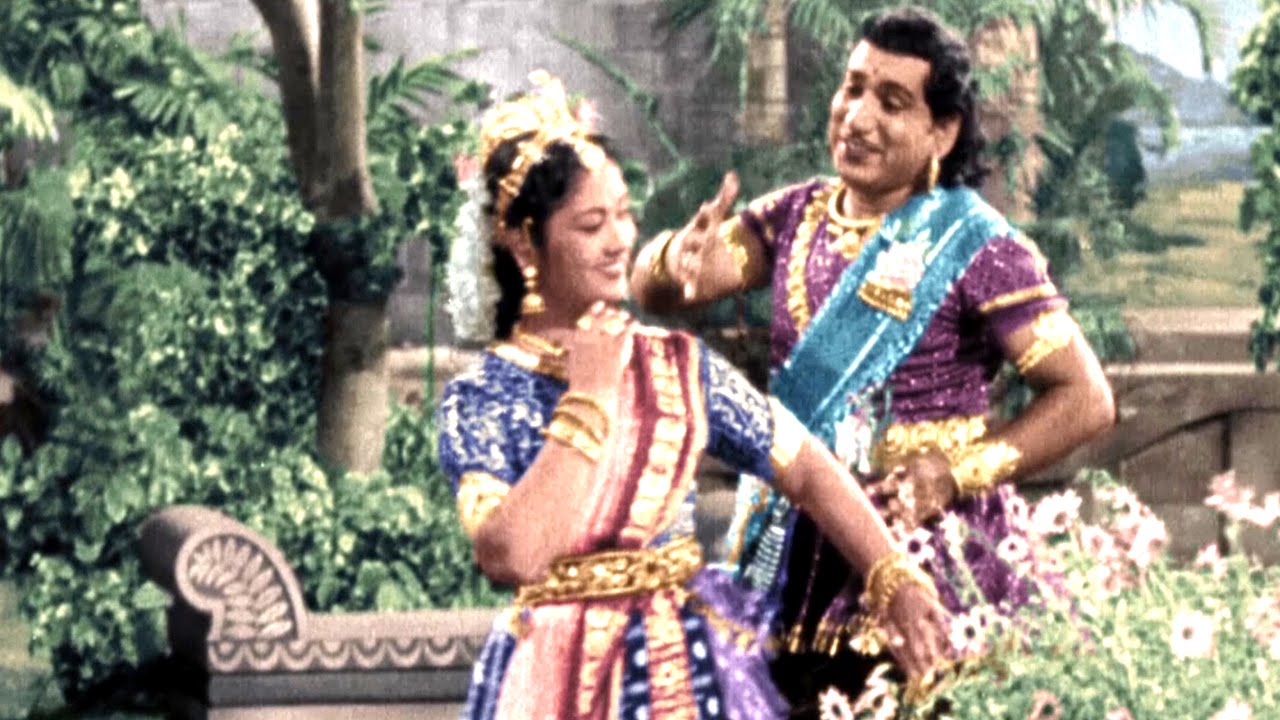 The song “Sundari neevanti divya swaroopam” was initially not in the script. It was written after Relangi entered the project keeping the craze of the star comedian in mind.

5. MAYABAZAAR, THE NAME THAT STANDS FOR INDIAN CINEMA: 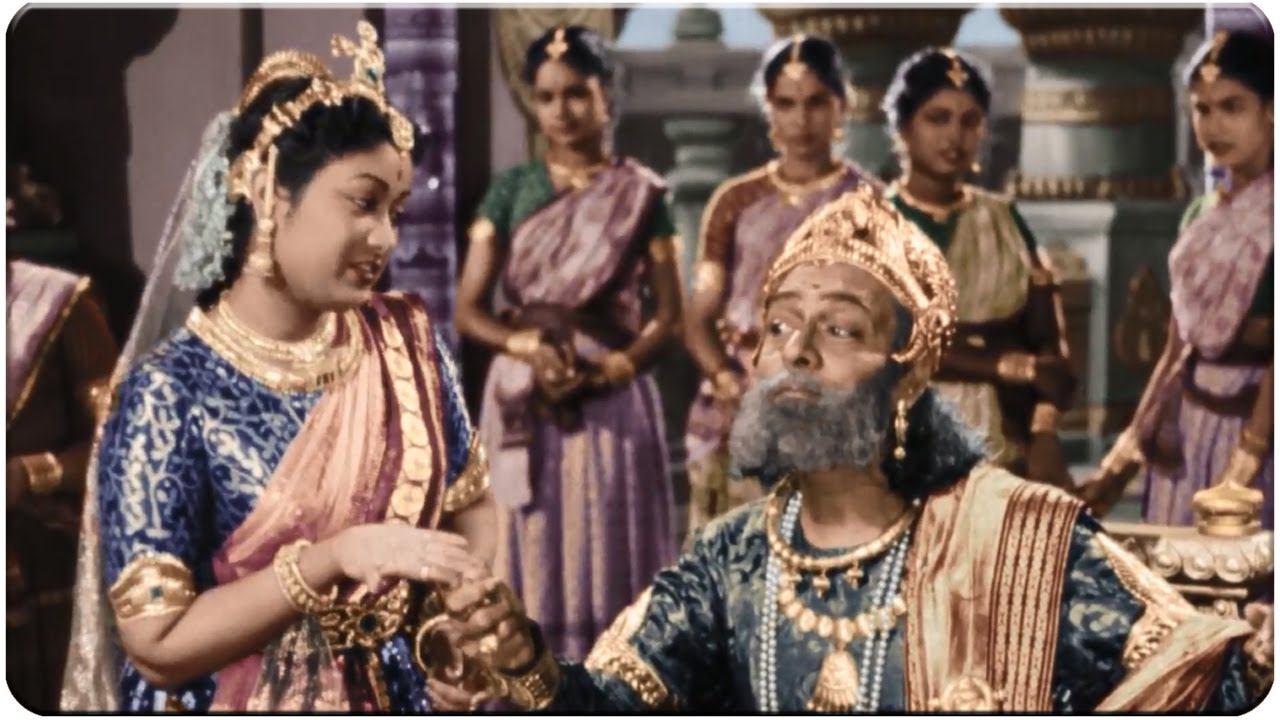 The film was first proposed to be released by the name of “Veera Ghatotkacha” keeping S.V.Rangarao’s stardom in mind but the legendary actor insisted that the title should focus on the whole story rather than just his character. “Surekhaapaharanam” was the name of this movie at the project stage. 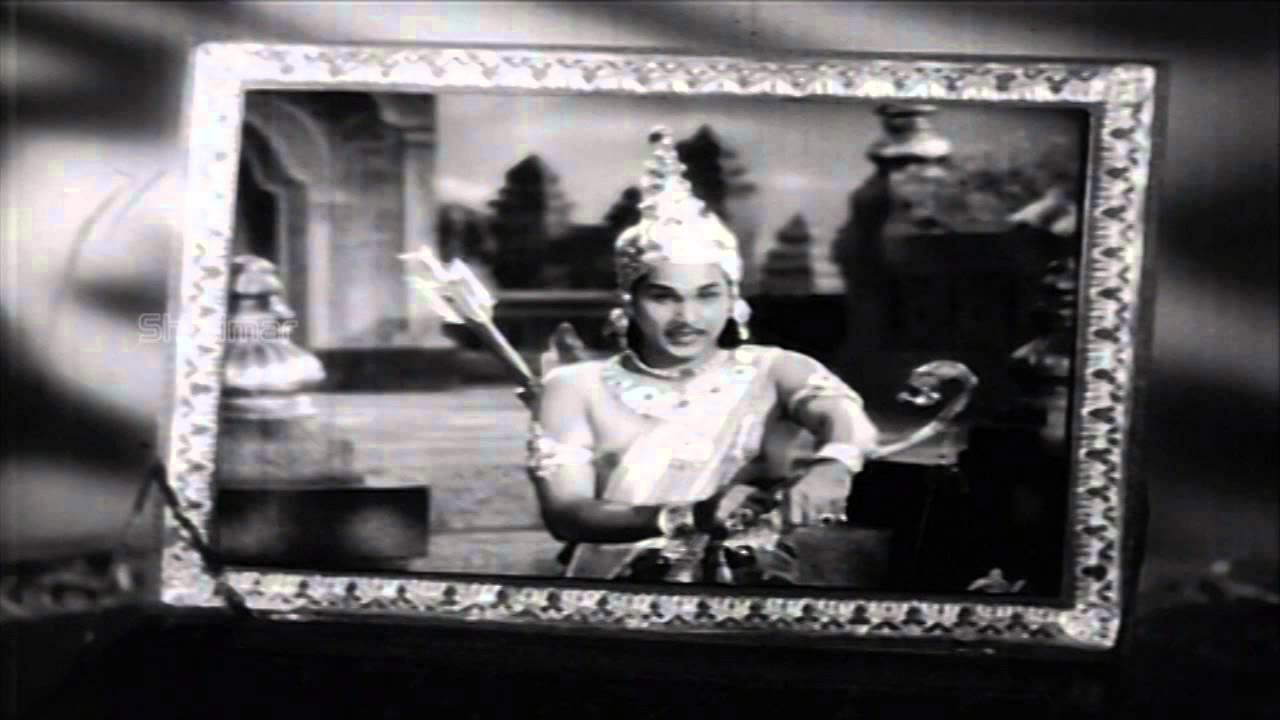 Though the film is a story of Paandavas and Kauravas with the Yadavas pitching in, the Pandavas are never shown but are only heard of in the film. 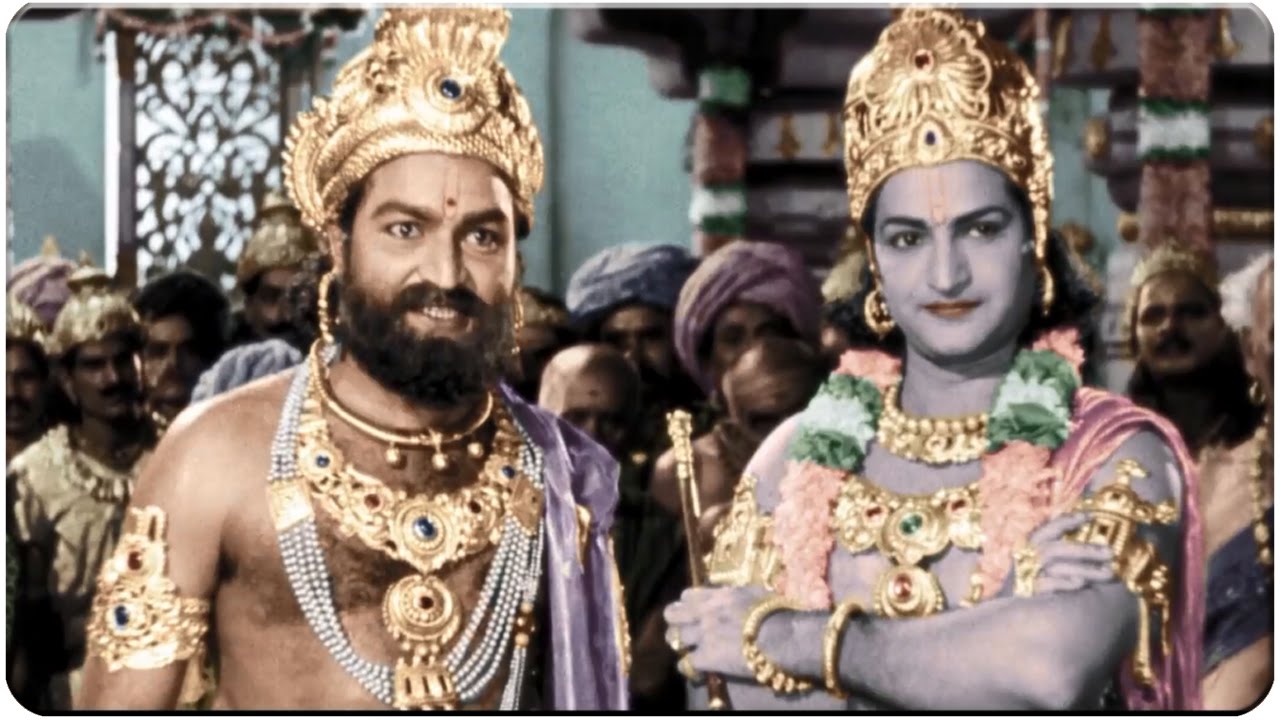 This movie marks the first time NTR played the character of lord Krishna. He was first shy and doubtful of playing the character as he have to share the screen with senior actors. He almost rejected the character in the favor of playing Karna and was said to be convinced by the director and to play Krishna. Andhra Pradesh State Government planned to introduce the film as a part of the tenth standard English syllabus from 2014. The fourth unit of the English text book was named “Films and Theaters” and there is a special mention of Mayabazaar and its actors along with two images from the film. A classic which deserves to be passed on to the next generations.

9. THE MOVIE WITH FILLED WITH STARDOM: 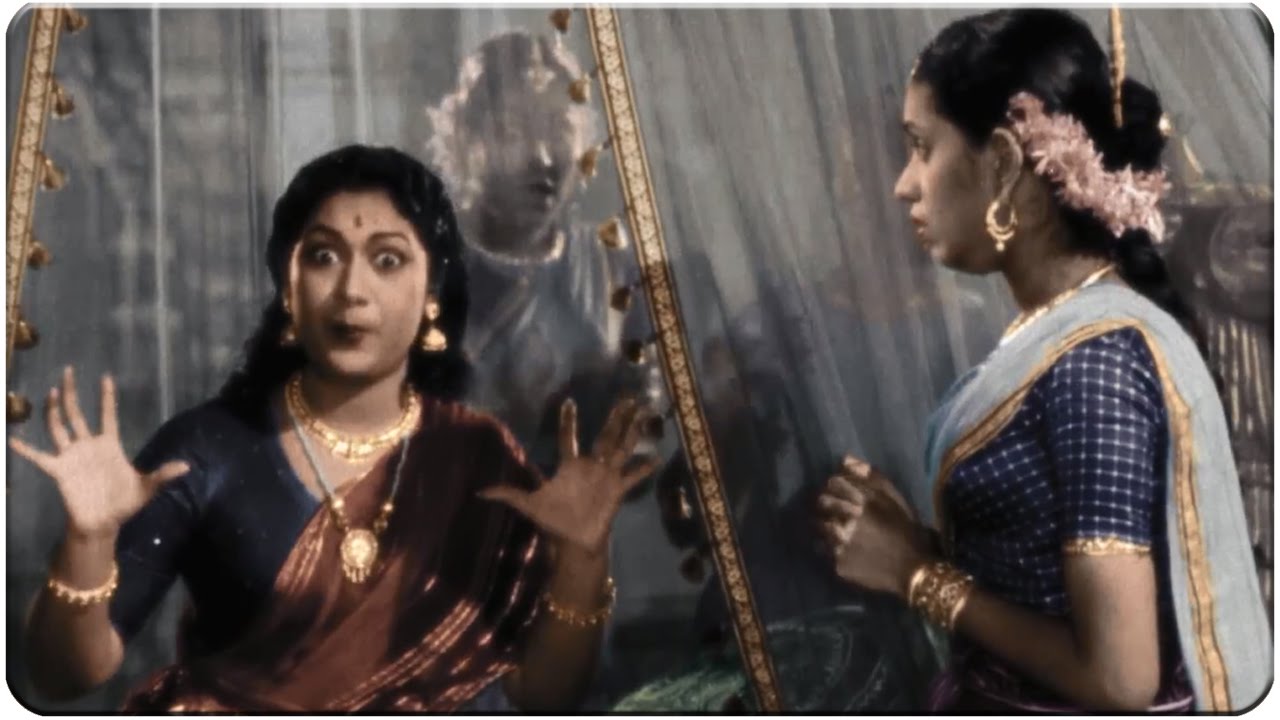 During the earlier stages of promotion, SV Ranga Rao was marketed as the main lead actor of the film due to his stardom. Even the album has just his image on it. SVR, NTR and ANR, the 3 legendary actors of Telugu Cinema filled mayabazar  with Stardom.

The film has received the Filmfare Award for Best Film in Telugu and was also featured at the 1957 International Film Festival of India and Indonesia.