Make a spectacular and sprawling medieval capital city on the lunar surface. Make everything with rocks in all imaginable carvings and shapes.

1. HOW OFTEN DOES LORD RAMA VISIT YOUR PLACE:

It is believed that the monkey king, Sugreeva lived here. And it’s the spot where Sita dropped her jewels as a mark when Ravana abducted her. A rock here has the design that the local people believe is similar to that of Sita’s saree. 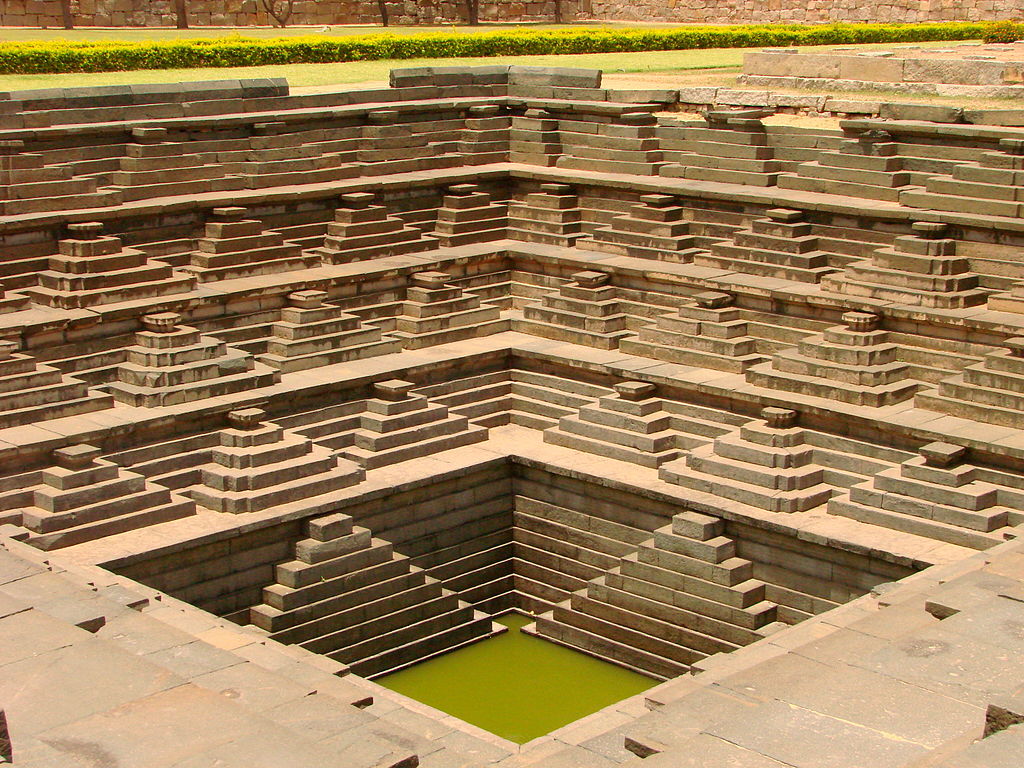 Sadly, today, Hampi is in the list of “UNESCO World Heritage Sites in Danger”. It was inscribed in the endangered list in the year 1999, following the proposal and construction of the controversial suspension bridge on river Tungabhadra.

4.  THE HAMPI MONUMENTS ARE SO OLD: 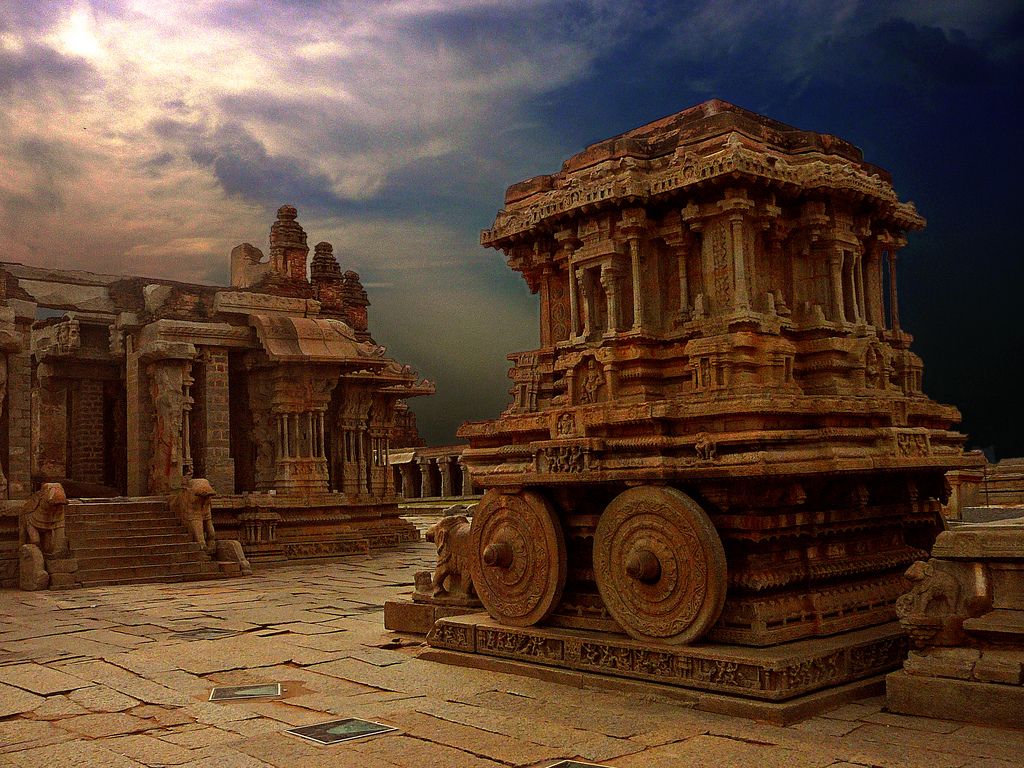 Popular for their carvings, they date back to the 14th Century.

5. A TRUE CONNOTATION OF THE HINDU CULTURE AND ITS RICHES: The Hazra Rama Temple Complex is known for its frescoes from the Hindu religion. It has over a thousand carvings and inscriptions depicting the story of Ramayana.

6. IT HAS A 100-COLUMN PILLARED HALL IN THE COURTYARD. 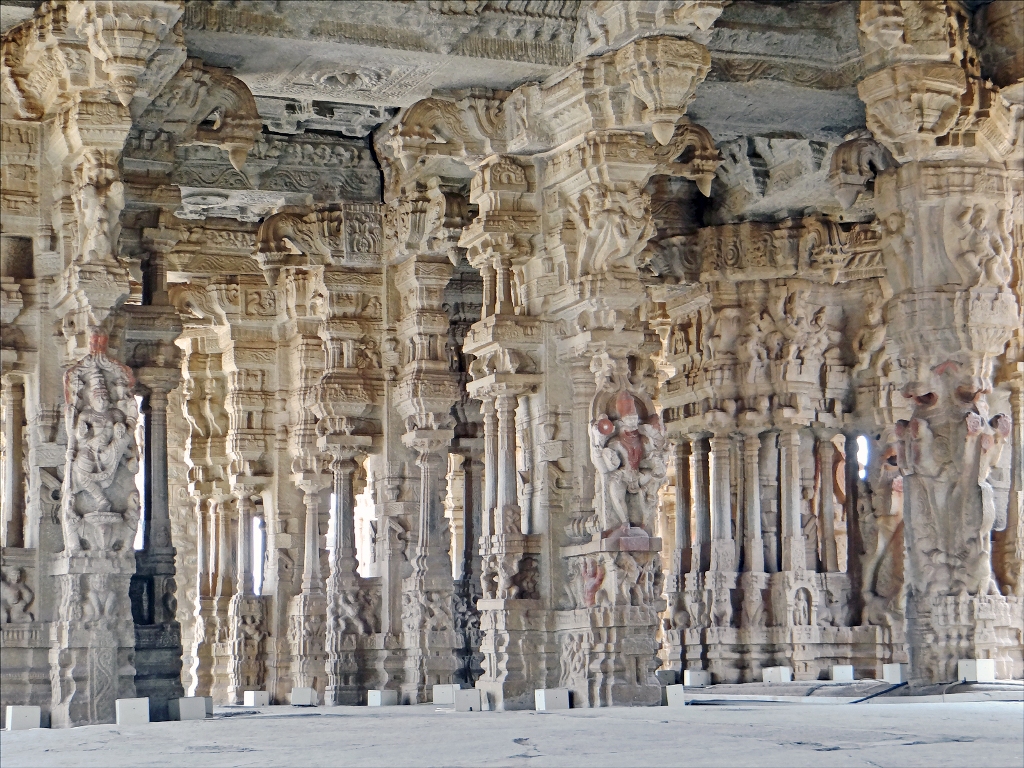 The Virupaksha Temple also known as the Pampavathi Temple rises over 120 feet. Apart from the sculptures of Lord Shiva, this temple also contains shrines of the erotica statues Bhuvaneshwari and Pampa.

Virupaksha actually means ‘the one with oblique eye’. This refers to Lord Shiva, as he has three eyes. It has been estimated that this temple has been functioning ever since 7th century AD uninterruptedly.

7. SOME OF THE MOST UNIQUE SIGHT SEEING PLACES:

The triple-headed Nandi, the shoe store (1 rupee per pair) etc stand testimony to this fact.

8. IT IS THE PERFECT BLEND OF SCIENCE AND NATURE: 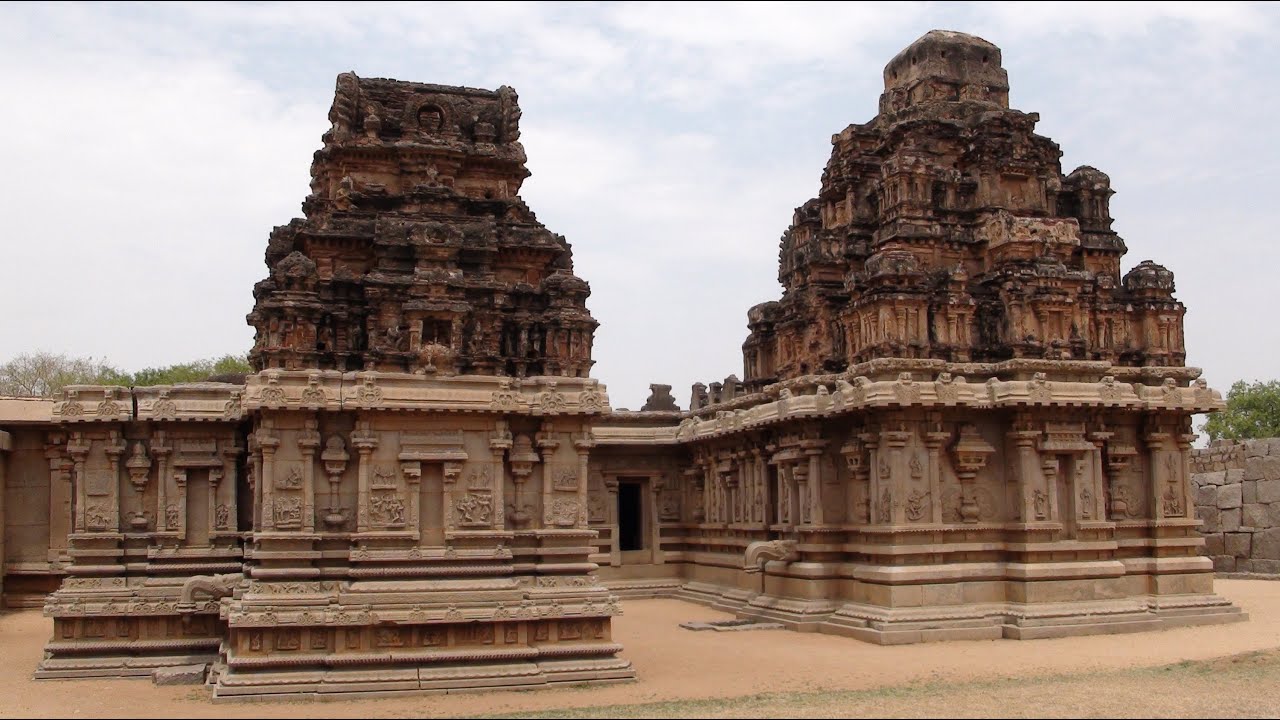 Behind the main sanctum in the temple is a flight of steps leads to the rear exit of the temple complex. Just before the exit on the right side,you would find a dark chamber with a slit on the wall. When the sun rays pass through the slit and fall on the western wall, you can see the inverted image of the main tower as a shadow in the image. Usually, there is a bit of crowd to see the optical feast.

Lord Ganesha is known for his love for food. One day, he ate so much food that his tummy almost was almost bursting. So, he just caught a snake and tied it around his tummy as a belt to save it from bursting.

On this statue, you can see the snake around his tummy. Also, he holds the goad, pasha (noose), and his broken tusk. The hand which holds modak (a kind of sweet ball) is broken and not reconstructed. This monolithic statue carved out of a huge boulder measures about 2.4 meters (8 feet). An open pavilion is build around the statue. According to inscriptions found nearby, this pavilion was built by a trader from Chandragiri (in present day Andhra Pradesh) in 1506 AD, in memory of one of the Vijayanagara kings – Narasimha II (1491-1505 AD).

10. THE MALYANTHA HILL HAS SOMETHING INCREDULOUS ETCHED IN IT:

Located almost at the south fringes of the ruins, it has a temple dedicated to Lord Rama at its summit. Rama and Lakskmana waited here during the rainy season before raiding Lanka. The cleft on top of the hill is believed to have been caused by Lakshmana’s arrow.

11. THE MOST REMARKABLE STRUCTURES IN HAMPI IS THE ‘ZENANA CLOSURE’: 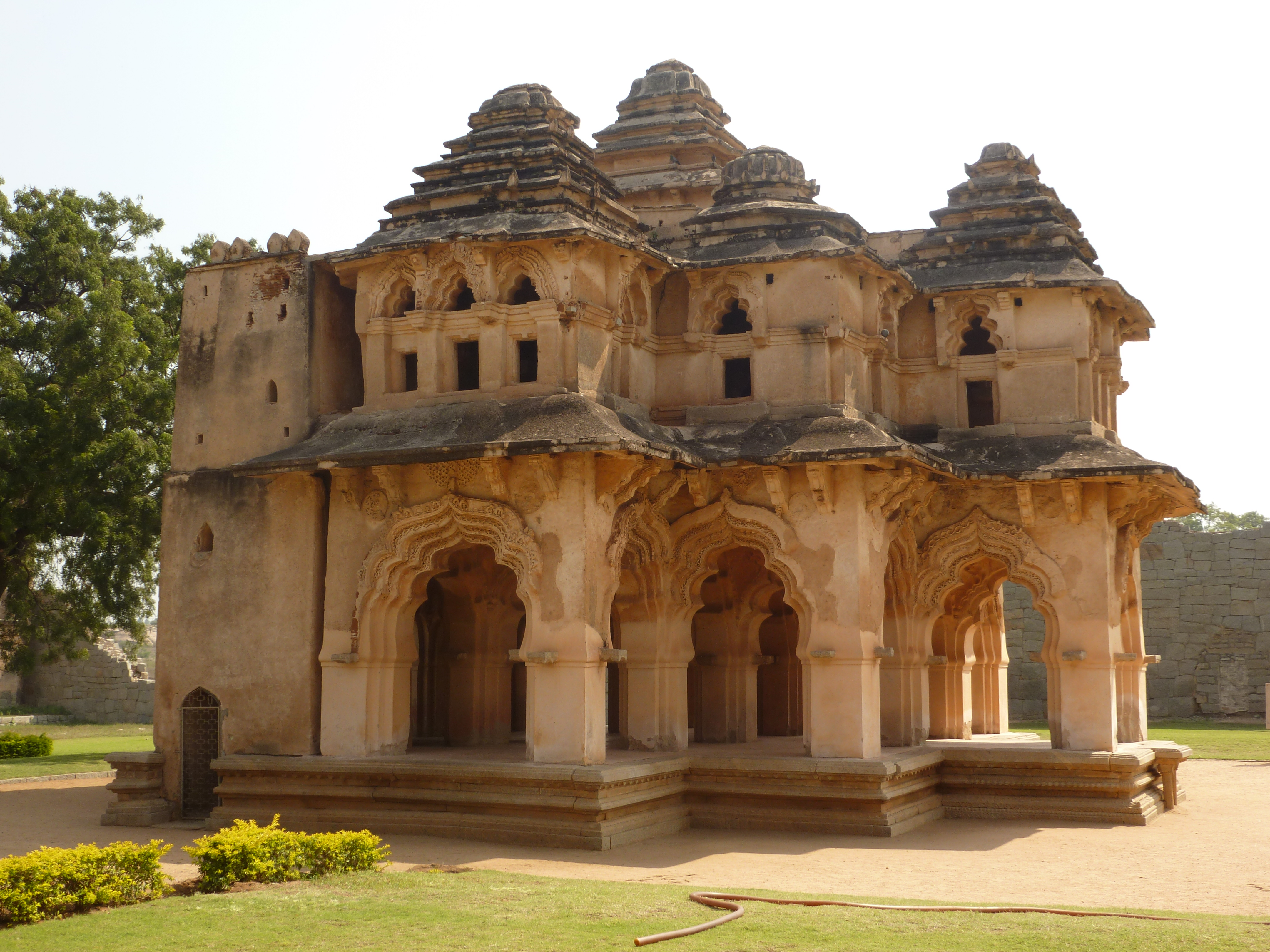 The highlight of this place is the Kamal Mahal (Lotus Mahal) which was a fortified and secluded area reserved for the royal ladies of the Vijayanagara Empire in the past. This quaint marketplace spreads for more than one kilometer. The road passing through the market has series of old pavilions on both sides.

Apart from the items on offer the Hampi Bazaar is also a place where one can enjoy lovely morning strolls before the hustle-bustle of shopping starts for the day.

One of the most attractive structures in Hampi is the Vittala Temple. This ancient temple is known for its splendid architecture. However, the temple is also known for another special quality.

It has 56 musical pillars. These pillars, when tapped gently, produce musical sounds. The most interesting fact is that the pillars are made from solid stone and are not hollow inside.